Oregon knows its stuff when it comes to weed. In this guide, we delve into the top marijuana strains in Oregon, a state that was one of the first to legalize recreational use of weed, the Oregon marijuana laws mean there is a good community around the substance. You can rest assured that the strains of marijuana in Oregon are likely to be top drawer.

According to a Statista study from 2019, Oregon ranks third-most for the most marijuana use among adults in the USA, with around 27% of the population reportedly using cannabis within the past year. This makes sense, seeing as Oregon has always been one of the most liberal states in the country regarding the decriminalization and legalization of both medicinal and recreational cannabis. With that in mind, Oregonians are probably some of the most knowledgeable people around when it comes to weed, which is why we have created this article with the ten most popular Oregon cannabis strains around. Let’s get straight into the list.

The Cannabis Market in Oregon

There are plenty of knowledgeable people in the state, and the famous strains of marijuana found in Oregon are there because of the fact that there are some knowledgeable dispensers and cool companies operating there.

Since the 2014 legalization of weed, popular strains of marijuana in Oregon have only grown further and further as more people indulge in recreational cannabis use or medical use.

Where to Find Cannabis Strains in Oregon?

Oregon has plenty of places to buy weed.

Visiting a Portland, Oregon dispensary can be something of a right of passage for weed lovers, as it is one of the coolest cities in the country or even the world for those who love to smoke or consume marijuana. The top marijuana strains in Oregon are easy enough to find in cannabis dispensaries, and plenty of knowledgeable communities can even advise you on the types of weed you might want to enjoy

In this guide, we explain more of the top marijuana strains in Oregon so you know where to start, and which types might give the enjoyment and type of high you are looking for.

The Most Popular Cannabis Strains in Oregon 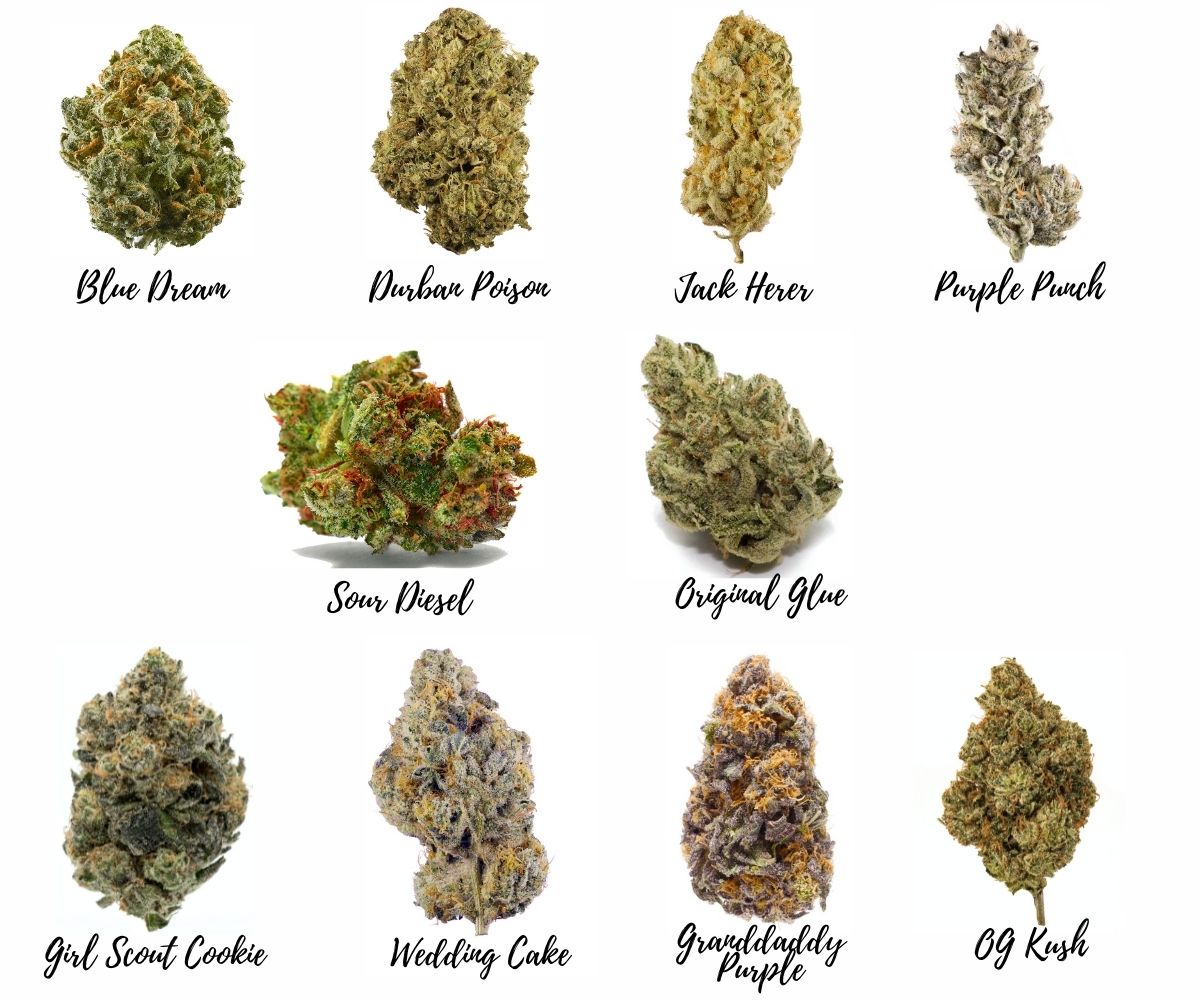 All it takes is one trip to a Portland, Oregon dispensary, and you will likely come across the wildly popular strain, Blue Dream. Not only is this one of the most popular Oregon strains, but it is also a widely prevalent strain across the whole nation.
Blue Dream is a Sativa dominant strain resulting from the cross of Blueberry and Haze. This strain offers a well-balanced high as well as a long list of advantages, including cognitive stimulation and total body relaxation. Blue Dream has a low THC volume of 18 percent, making it suitable for both new and seasoned cannabis users, as it is not as potent as some of the higher Oregon outdoor strains. The other good news is that it tastes and smells fantastic, with most people describing it as having a delicate berry aroma.

Durban Poison is one of the most popular Oregon strains around, and for a good reason. This pure Sativa strain originally derived its name from the South African city of Durban, where it has since become one of the most sought-after cannabis variants in the world. With its earthy aroma and energetic mood-boosting effects, it’s hard to go wrong with Durban Poison.

Jack Here is another Sativa dominant variant, and it is also one of the most common Oregon cannabis strains around. For those of you that are unaware, the name is derived from a famous cannabis activist who wrote the book The Emperor Wears No Clothes, originally published back in 1985. The book discussed the various benefits and use cases for marijuana and hemp, which earned him the right to have one of the most famous stains in the world named after him. In general, Jack Herer gives off a blissful, energetic high that is great for getting creative. 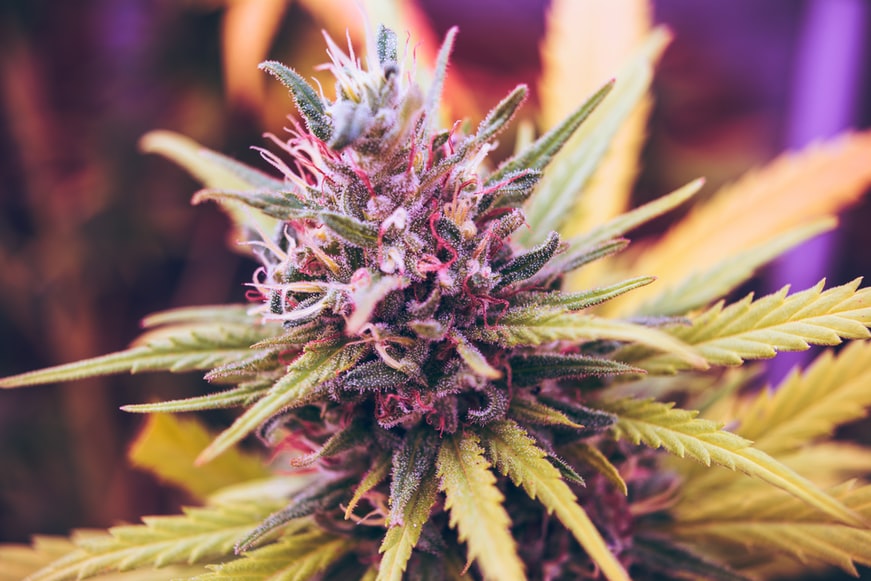 As far as Oregon outdoor strains go, Purple Punch is at the top of most people’s lists. This potent bud offers a huge burst of flavor and a sweet-smelling aroma of grape candy and blueberry muffins. When you combine the sweet flavor with the intense head and body high that Purple Punch delivers, it’s easy to see why it’s a fan favorite. Interestingly, many people resort to this bud to try and help ease insomnia and depression and help them achieve a good night’s sleep. 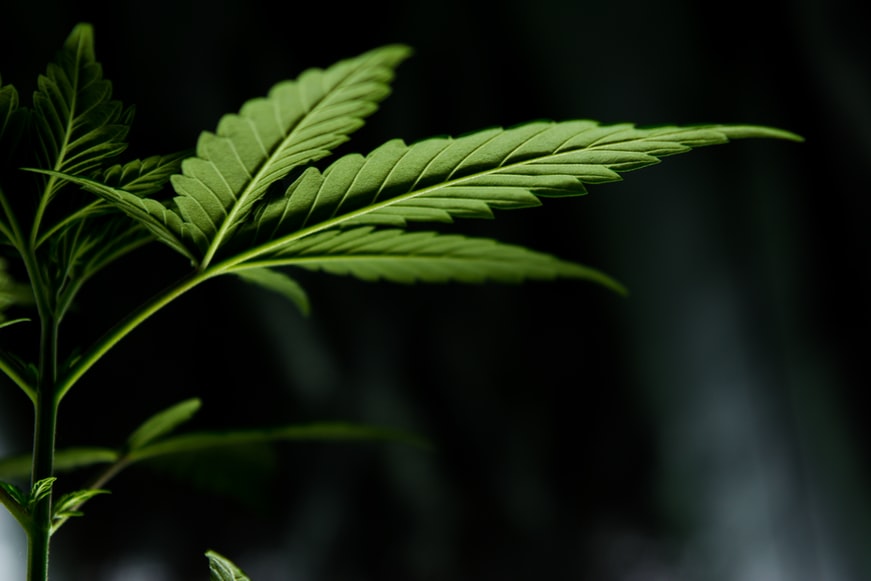 Another one from the wildly popular Oregon strains list is Sour Diesel, which tastes a lot better than what the name might suggest. This fan-favorite weighs in with a penitent 26% THC concentration, but one of the things that makes it unique is that it only retains around 2% CBD in the extraction process. The effects of Sour Diesel are mainly energetic, cerebral and can also help with symptoms associated with depression, pain, and stress. Interestingly, Sour Diesel is another one of the popular Oregon outdoor strains, as it tends to grow best in a dry, outdoor climate.

Original glue, also known as GG4, or Gorilla Glue, is one of the best strains in the world after winning numerous awards at cannabis shows. As you might expect, it’s also one of the Oregon cannabis strains that you will find in just about every dispensary, so make sure to check it out next time you find yourself in one. Original Glue certainly delivers a power punch at 30% THC, and the buds are also very chunky and sticky, with a tick resin (which is where the name was derived).

GSC (Girl Scout Cookie) offers a nice balance between a calming and energizing effect, making it perfect for just about every situation – and if you’re the kind of person that prefers Indica dominant strains, this could be the one for you. This strain is famous for giving a full-body relaxation sensation, as well as euphoric effects, and with a THC content of 19%, it’s a great choice for both newbie and experienced cannabis smokers.

Is the name already making you hungry yet? Well, wait until you experience this delectable strain, which draws on some well-known genetics to provide a well-balanced high with a lively flavor. This one is a mix of the sour hybrid Cherry Pie and the generally pleasing Girl Scout Cookies from the previous entry on our list. This strain is quite popular owing to its well-rounded effects, while the THC content, which averages around 25%, can get a little high, especially for inexperienced ones.

Another Indica marijuana strain comes in at the number eight spot. This immensely popular strain is one of the farmers’ favorites. It is one of the more prevalent Oregon outdoor strains due to its ability to produce massive yields that are ready to harvest after a 60-day flowering time. The strain gives off a strong grape and berry aroma and has an average THC content of 20%, so if you prefer high CBD strains, you are better off looking elsewhere.

Finally, we have OG Kush to bring our list to a close. This widely used and well-known strain was first cultivated in Florida in the 1990s and is popular among weed smokers of all types. It has a THC level of 20 to 25%, making it one of the more potent strains available, yet it gives off a strong head high that doesn’t influence the body too much. OG Kush is a great option if you prefer the head rush and euphoric effects of smoking but still want to feel the energy in your body and function.

It’s safe to say that the folks of Oregon know a thing or two about marijuana, so rest assured that any of these strains will be a safe pick. If you’re new to cannabis and want to know how to buy cannabis at a dispensary, simply go to your nearest store and ask for any of these strains (depending on your preferences), and they’ll very likely have the item in stock.

ASPCA – American Society for the Prevention of Cruelty to Animals Happy...

Complete Guide to a Cannabis Road Trip in Portland, OR
Scroll to top